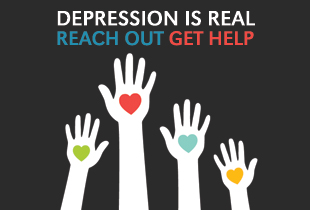 Depression is Real: 1 in 4 Adults in the United States Battles Mental Illness


Randolph, MA – We are all deeply saddened that Robin Williams, a man who brought joy and laughter to so many, lost his personal battle with depression.

Mr. Williams was one of tens of millions of Americans affected by mental health issues, or mental illness. According to the Centers for Disease Control and Prevention, approximately 25% percent of adults in the United States have a mental illness.

Mental illnesses are medical conditions that can impact a person's ability to function or cope. They can affect mood, thinking, and behavior. They range from mild to severe disorders, and can begin at almost any age. They affect individuals of all races, ethnicities, and social groups.

There are many different types of mental health issues. Some of the most common are mood and anxiety disorders, thought disorders, and eating and substance abuse disorders. Depression is a mood disorder. Each year depression affects 5-8 percent of adults in the U.S. There are two major types of depression: major depression, which causes extreme sadness for an extended period of time, and bipolar depression, which includes a manic phase that makes affected individuals feel “high,” behave erratically, and display poor judgment.

Major and bipolar depression may be considered familial when several members of one family are affected. Sometimes, depression is brought on by a “triggering event” in individuals genetically predisposed to the disorder. There is also a connection between alcohol/drug abuse and depression.

Mental health professionals work with children, adolescents, and adults to diagnose and treat a wide variety of mental health conditions, including depression. Many evidence-based treatments are available and can make a significant difference in people's lives. Research indicates that a combination of psychotherapy and medication is the most efficacious approach to treatment.

If you or someone you love is struggling with depression or another mental health issue, help is available. For more information, consider the following resources: