May Keeps it Positive in Lynn Schools


Sometimes, the best way to curb negative behavior is to offer something positive.

At Ingalls School, students are re- sponding well to Positive Behavioral Interventions and Supports (PBIS), thanks to a partnership with May Institute. As a result, the school is seeing reductions in problem behav- iors, office referrals and suspensions, and increases in on-task engagement and academic achievement. Established by the U.S. Depart- ment of Education, PBIS is an evidence-based approach to improving a school’s behavioral climate. It is used by more than 30,000 schools across the country. The use of PBIS decreases the need for more intrusive interventions, such as punishment or suspension, and can lead to both school-wide and individualized change to improve social emotional and behavior skills.

Phylitia Jamerson, administrator of special education for Lynn Public Schools, has been the district leader in pushing this initiative forward, he said.
May Institute is the Northeast regional partner to the National Tech- nical Assistance Center on PBIS, and Putnam works with 54 school districts across Massachusetts. While many schools may offer some form of positive incentives to students, Putnam and his team can look at data and student outcomes to measure what’s working or not working. That feedback is critical to the success of the program.

This achievement ranks Ingalls in the top 20 percent of comparative schools. In addition, most students who had these referrals have had continuous improvement throughout the year. Having high numbers of students in class, receiving academic instruction, will ultimately assist in raising academic achievement.

“That shows that kids come in at the start of the school year and, after gradually working with them, they’re better managing their behavior,” said Putnam.

“PBIS is one of the reasons we don’t see as many behavioral issues,” said Ingalls Principal Frangie Cruz. Cruz is finishing her first year as principal at Ingalls. She came from Boston Public Schools, where she served as an assistant principal, and she was part of the Lynch Leadership Academy for aspiring principals at Boston College.

“Lynn was part of the network of that program, and the student demographics were true and dear to my heart,” Cruz said. “I’m really happy here. The staff and the students are amazing, and the superintendent and deputies are moving the district in the right direction.”

As part of its PBIS implementation, Ingalls has in place a system of “rocket rewards,” in which students are awarded rockets when they are demonstrating one of the school’s six core values: respect, community, courtesy, cooperation, peaceful problem solving and effort.

Once a classroom reaches 300 rockets, those students can choose a reward, such as lunch with the principal, access to additional educational games or inclusive play, or reading with a buddy. As an additional weekly incentive, the grade-level classrooms with the most rockets each Friday are given 10 extra minutes of recess. “It’s a way to nourish our students,” said Cruz. “They can articulate what our core values are, and live by them.” “We really try to emphasize the language,” said Megan Dawley, a fourth-grade inclusion teacher at Ingalls. “We’ll ask them, ‘why do you think you earned a rocket?’ and try to get them to use the words.”

Dawley, who has been on Ingalls’ PBIS team since it was first organized five years ago, says she has noticed a reduction in the number of minor incidents at the school. “I’ve noticed a difference, especially in the hallways and in the recess yard,” said Dawley. “We have almost 700 kids, so those can be chaotic areas, but by emphasizing respect and peaceful problem solving, it’s helped to cut down issues.”

“They’re really teaching students how to be good citizens,” said Putnam. “Working together, respecting each other — these are life skills. It puts them on the road to success. Across the country, students do better academically and socially when they have benefited from PBIS.” Dawley credits Putnam with helping to steer the Ingalls team in the right direction.

“Bob (Putnam) has been great,” she said. “He’ll go through the data to help identify patterns and trends and pick a focus area for us to hone in on that.”

Putnam has been with the Randolph-based May Institute for 26 years, working in the PBIS space for 20 years. May Institute is a national leader in the field of applied behavior analysis, serving individuals with autism spectrum disorder and other developmental disabilities, brain injury and neurobehavioral disorders, and other special needs.

For schools and districts looking to enhance services for students with learning, cognitive, and behavioral challenges, the organization offers on-site and virtual consultation and professional development, including PBIS. For more information, visit www.mayinstitute.org.

Download a copy of the PDF from the newspaper here. 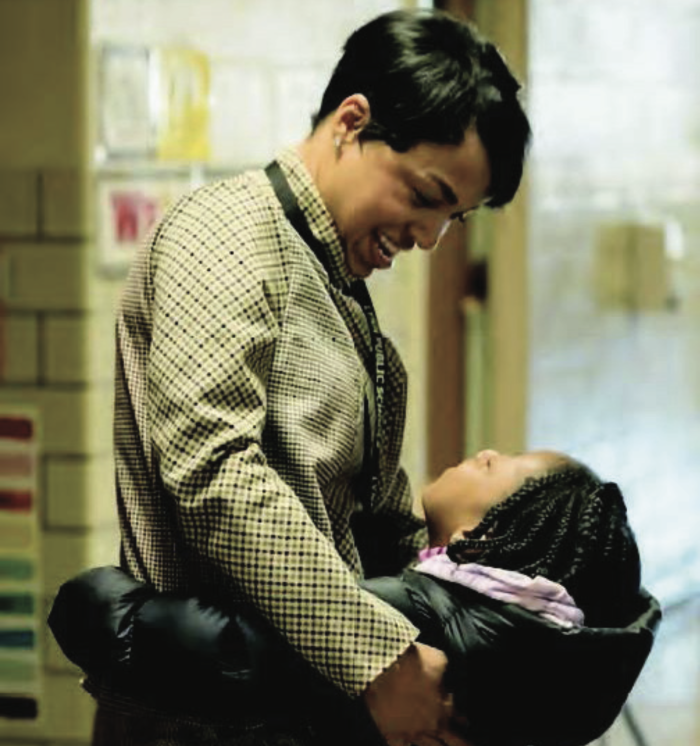