LOVE—What’s Color Got to Do With It?

Every year on June 12th, people around the world observe “Loving Day,” a celebration of the 1967 landmark Supreme Court decision in the case of Loving v. Virginia. What is Loving Day and why it is significant? To answer these questions, we need to take a step back in time to the year 1958.

Mildred Jeter and Richard Loving grew up in Central Point, Va. They fell in love and, like many couples starting their lives together, wanted to get married. What was standing in their way? Mildred and Richard were an interracial couple, and interracial marriage was illegal in Virginia in 1958.

The couple made the journey from their home in Virginia to Washington, D.C., to get married. What the newlyweds did not realize was that leaving Virginia to get married and returning to the state was illegal. Shortly after their return, the couple was arrested. Mildred and Richard were able to avoid jail time by leaving Virginia and agreeing not to return together for a period of 25 years. With a heavy heart, the couple moved to Washington, D.C.

Despite their hopes for a new start, the move to Washington, D.C., presented its own challenges and the couple longed to return to Virginia and raise their three children. The two began writing to the American Civil Liberties Union (ACLU) for help. Attorneys Bernard Cohen and Philip Hirschkop, both up-and- coming ACLU lawyers, took the Loving’s case and brought it all the way to the U.S. Supreme Court.

On June 12, 1967, the Supreme Court unanimously declared that bans on interracial marriage were unconsti- tutional, striking a major blow to segregation and Jim Crow laws. Chief Justice Earl Warren wrote the opinion for the court, stating that, “Under our Constitution the freedom to marry, or not marry, a person of another race resides with the individ- ual, and cannot be infringed by the state.”

In honor of Mildred and Richard and their legacy, let’s take time to petition our local government for official recognition of Loving Day! 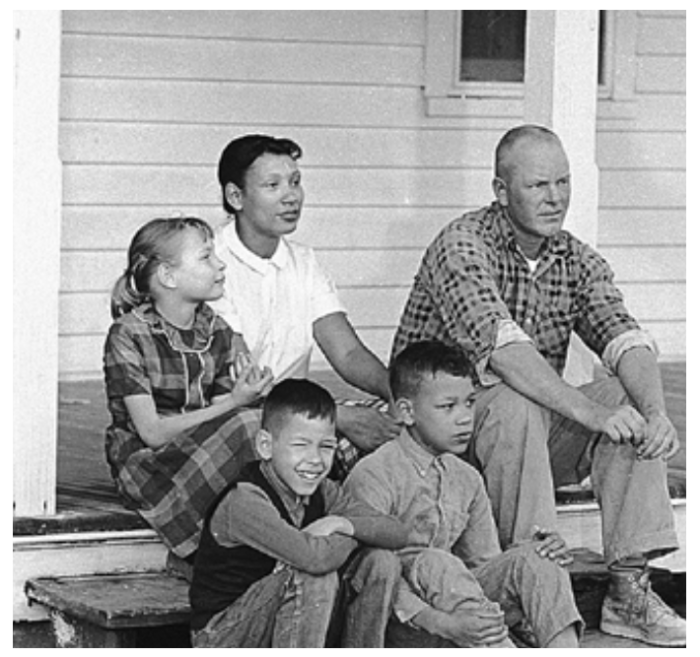