Lights, Camera, Action — Making Movies, That’s What We Do!

Like many boys, May employee Will Griffin (in mask above) was crazy about dinosaurs when he was young. But the first time he saw a Godzilla movie, he realized he had found a new love.

“It was dinosaurs, but more exciting and way cooler than anything I had ever seen before,” Will remembers.

Watching that movie was the beginning of a lifelong passion that led him to seek out other fantasy and Sci-Fi movies and later, to discover his all-time favorite movie, Lawrence of Arabia.

“I decided that I wanted to be a film director when I grew up,” says Will, who, in addition to being a dyed-in-the-wool movie buff, is now Direct Support Professional at a May Institute community-based residence for adults on the Cape.

Today, he’s living his childhood dream, directing – and sometimes performing with – the residents of Oxford house in mini movies modeled after hit films such as Jurassic Park, Top Gun, and Red Dawn, and musicals like Grease and The Sound of Music.

Before COVID-19, Will worked at May’s Day Habilitation center in Mashpee, Mass. When Day Hab programs were closed due to the pandemic, he was reassigned to the residence in a nearby town, home to four men with special needs. Two of these men are verbal, one communicates using an iPad, and one is non-verbal, but able to communicate using hand gestures and facial expressions. All four of them attended day programs up until mid-March when COVID-19 forced the shut-down of on-site day services.

At May Day Habs, staff members provide services and plan activities for the adults that focus on improving communication and social skills, practicing activities of daily living, and addressing behavior management plans. This work has continued at May residences during the pandemic.

“We’re kind of like a home-school version of a Day Hab,” Will explains. “We have simple objectives such as ‘wipe the table after you’re done eating,’ and ‘get a minimum of 15 minutes of exercise.’

“The guys all help around the house. They all have some behavioral issues, and we help them calm down and find ways to not get agitated or anxious during this time when everyone’s in a state of limbo. But if they do the same thing every single day, they get a little bit bored.”

One day, when Will was hanging out with the four men, he noticed that one of them was wearing a Hawaiian t-shirt, and that gave him an idea: they could make a Jurassic Park movie! A wide-brimmed white hat completed the costume of the man wearing the Hawaiian shirt; a baseball bat became the walking cane of the man who played John Hammond; and one man walked across the backyard “set” holding a big, stuffed T-Rex while Will let out a huge dinosaur-like roar. “Welcome to Jurassic Park,” he announced, imitating the voice of Dr. Grant from the movie.

Making that mini movie was the first of what would become a daily activity at the “Oxford Theatre.”
Be sure to turn up your volume to hear the music and dialogue.

“These movie snippets are no more than a minute long and everyone is able to participate,” explains Will. “It gives them an opportunity to do something different every day, especially when we are staying at home to stay safe. Of course it’s voluntary. If one of them doesn’t feel like doing it one day, that’s OK. When all four guys participate, I try to do a big ensemble for one week. That makes it easier for me and Jessie Kelly, a who is our cinematographer and editor.”

Jessie, a May Institute Developmental Specialist, uses the Microsoft Teams app (a unified communication and collaboration platform) to film the movie snippets. They are shared with certain May Institute staff members who sometimes make recommendations for mini movies they would like to see. One person suggested the musical Cats, which led Will and Jessie to create and film an entire week of musicals including The Sound of Music, Grease, and Fiddler on the Roof.

For The Sound of Music, every person performed a line from the song, “My Favorite Things.” For example, instead of “raindrops on roses and whiskers on kittens,” one man named iced coffee and rap music as his favorite things. Will wore authentic German lederhosen and stood shoulder-to-shoulder with the men as they all sang “Climb Every Mountain.”

During one four-week period, they did a series of mini movies based on Avengers movies. Each one of the residents played an Avenger character. “We all got together and painted an Iron Man costume that was made out of cardboard,” Will says. “We made a Captain America shield and put little cardboard wings on a bike helmet. And we gave one of the men a toy hammer to create a Thor!”

Will has discovered that making daily movies requires creativity and resourcefulness. “It takes a lot of imagination,” he says. “You do the most with what you have to work with.

“Before we shoot, we have rehearsals. We practice to make sure everyone gets his lines perfect – or almost perfect. This isn’t Hollywood, it’s our house, but we’re all working together to make it as good as we can. And when we get a good shot that we absolutely love, I go around and give everyone a high five. I say things like, ‘Good job everyone’! ‘You know, buddy you’re a great actor - did anyone ever tell you that?’. It really gives the guys confidence. They have so much fun and love the process as well as seeing the finished result.

“Making these movies has been especially good during these times. There is so much bad news. You’ve got to find something that is good. I have always found films to be a kind of escape – the best part of art that allows you to escape from the situation you are in into something that is beautiful and thrilling. So, I’m really hoping that this becomes something we can share that will make people feel good.” 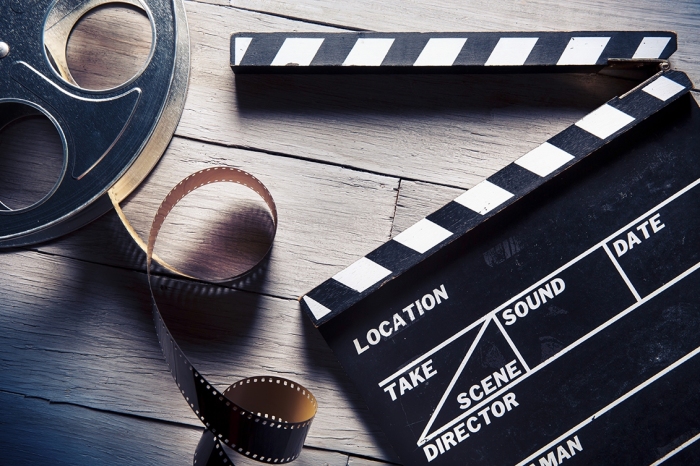