In Memory of Francois Tovar

According to his wife Marie, a fellow May employee, Francois was an extremely hard worker who wanted to help everyone. “He didn’t care about himself,” she said. “He cared about others. Most of all he cared about the children.”

Marie and Francois were married for 30 years and had three children: Dorothy, Ashley, and Kevin (Marie’s son whom he considered to be his own). In addition, Francois sponsored five children who live in Haiti and supported them in their educational endeavors.

Marie and Francois met at a family party in Haiti when Marie was just 13 years old. She had a crush on him back then. He must have liked her too, because years later, after they had both moved to the U.S., he sought her out. He found her living in New York, with a young son. Soon after, they became a couple, moved to Boston, and began building a life together.

“I’m a foreigner,” he would tell his children at home and the ones he sponsored in Haiti. “I came to this country to work hard so you guys could go to school and earn your diplomas. Bring me those diplomas!”

Two of the children he sponsored in Haiti graduated this past year; Francois and Marie’s daughter Dorothy will graduate with a Ph.D. from Stanford University this year, and Ashley is set to begin college in the fall.

Not only was Francois a proud father who loved his children, he also loved the individuals he cared for. He was comfortable – and very successful – working with some of our most challenging individuals.

Rose, a former resident in the home where Francois worked, was one of those individuals. When no one else could work successfully with Rose, Francois was asked to help. He embraced the challenge and worked hard to help Rose improve her quality of life and overall happiness.

Francois and Marie welcomed Rose into their home and treated her like a member of the family. They went shopping with her and bought her nice gifts, took her to restaurants, and opened their home to her during the holidays.

At the May residence where she lived, Francois encouraged Rose to “stand tall” and live with dignity. It was very important to him that she look and feel her best. With his care and guidance, Rose’s personal grooming improved, and her behaviors changed for the better. According to Marie, Francois truly transformed Rose’s life. When she passed away, he wept at her funeral.
In recognition of his outstanding work with individuals like Rose, May’s Board of Directors presented Francois with an Exceptional Service Award in 2015. The organization’s highest honor, this award is given to only a handful of May employees every year. Francois used the monetary gift that accompanied his award to pay tuition bills for the children he was sponsoring in Haiti.

Francois was always happy to pick up additional hours over and above his regular work schedule. With the extra money he earned, he could provide for his family and give money to others. Every year for Mothers’ Day, he made arrangements for food and gifts to be distributed to homeless mothers living on the streets in Haiti. After receiving his final check from May – which was a big one because he had worked so many hours – Francois was delighted to be able to send money to about 20 people in Haiti.

Marie often worried that she and Francois might not be able to pay their own bills or save for their retirement because he gave so much of his income away. Francois wasn’t worried. A Bob Marley fan, he would tell Marie, “Don’t worry about a thing, because everything is going to be all right.” [Listen to Francois’ favorite song.]

Francois had big plans for the future. He was looking forward to retiring in 2022, going to Haiti, and helping train a soccer team there. A former player and huge soccer fan, he practiced regularly and played soccer with his children. He had high hopes of helping his Haitian team make it to the Olympics.

But COVID-19 cut short his plans and dreams and left his family, friends, and colleagues bereft.

After Francois died, Marie learned that people were crying in the streets in Haiti. They, like countless others in this country – including Francois’ “May family” – are still mourning the loss of a very special man who made such a difference in the lives of so many. 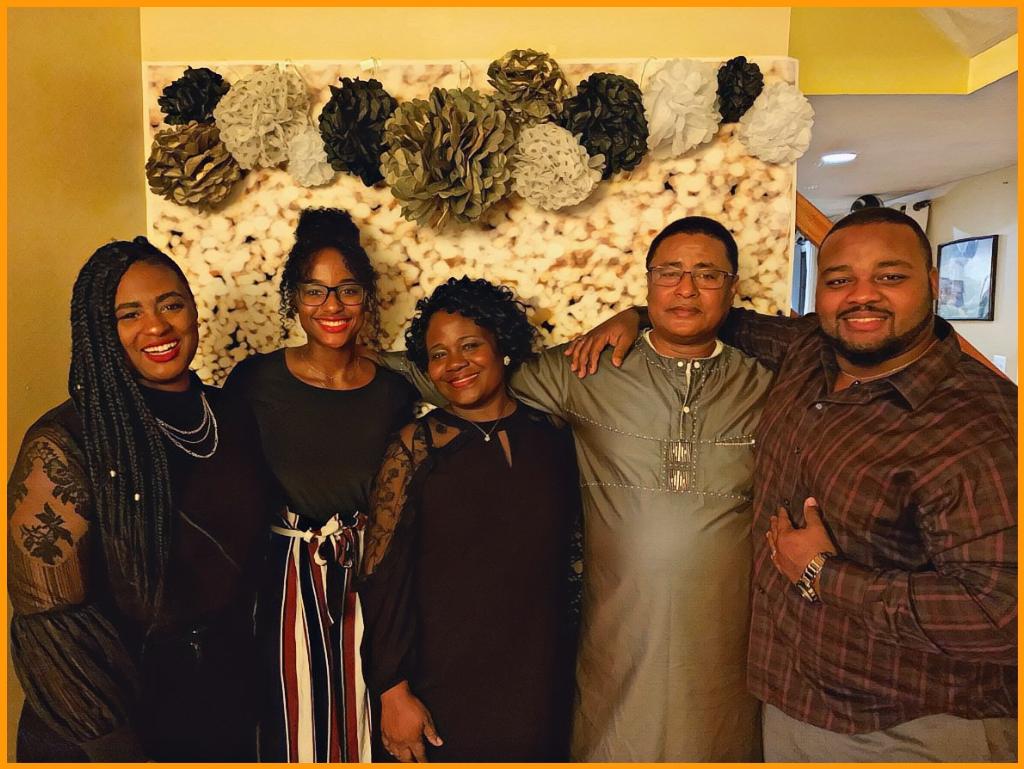